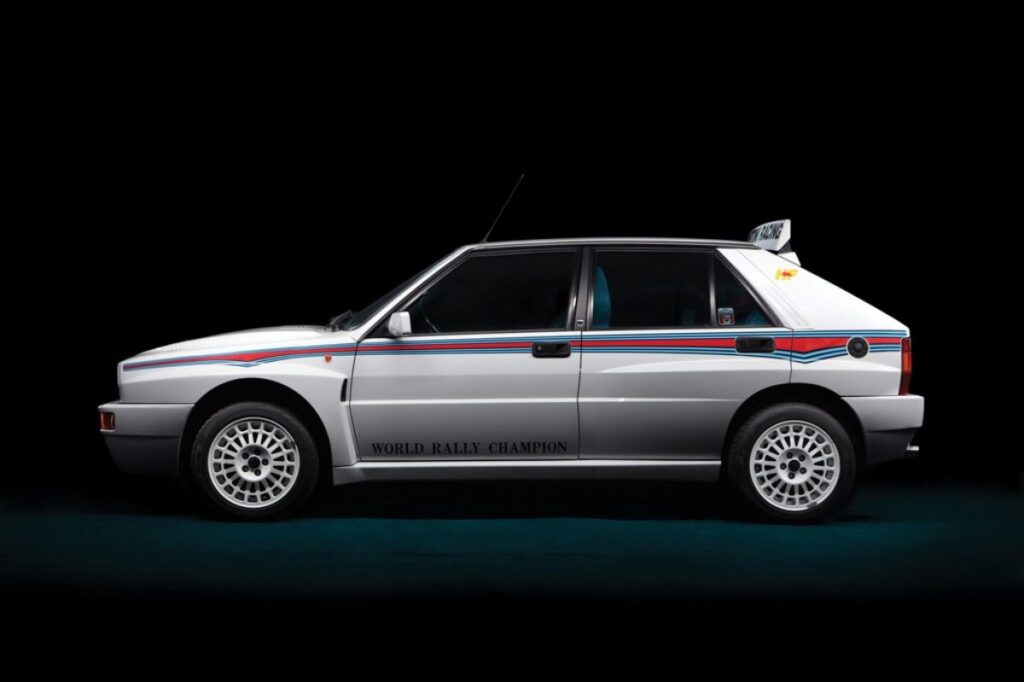 For the uninitiated, this version of the Lancia Delta Integrale was designed by Lancia as a commemoration. After dominating the constructors’ world rally championship for the sixth consecutive year in 1992, Lancia decided to produce a limited edition Delta HF Integrale to commemorate the occasion. Only 310 copies were produced, the Martini 6 at first glance looks very similar to the Martini 5 but upon closer inspection we notice that the livery widens on the front and rear wheel arches. In addition, the Word Rally Champions and Martini Racing stickers. Like all Lancia Delta Evolutions, they had the same engine (1995 cm³ 16v), but the set-up was very different. We have replicated this livery that can be purchased here so that we can offer it to all Delta Evolution owners to relive the good times.