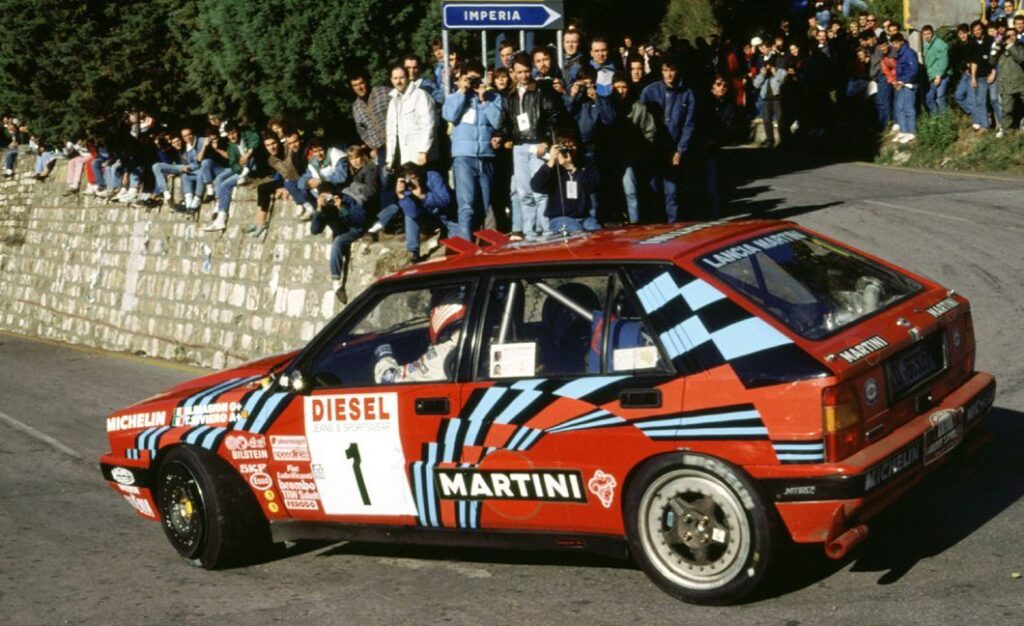 Do you know its history?
The Lancia Delta Sanremo: On the left: the navigator Tiziano Siviero and the rally driver Miki Biasion drive and subsequently celebrate their victory at the 1989 Sanremo Rally, valid as Rally d’Italia in the world rally championship.
The success is achieved by bringing the new Lancia Delta HF Integrale 16v to its debut, proposed on this one occasion not in the classic pearl white color of the sponsor Martini Racing, but in a particular racing red livery designed by Giorgetto Giugiaro.
Designed by Martini & Rossi itself, it was inspired both by the rally Lancias of the 60s and 70s of the twentieth century, in particular Flavia and Fulvia, and by the sponsorship, again by Martini Racing, of the Tecno team in the same years in Formula.
We replicated this livery for purchase here so that we can offer it to all Delta owners to relive the good times.